Last night I saw an ad on TV for Botox.  The (mostly) women featured in the spot looked 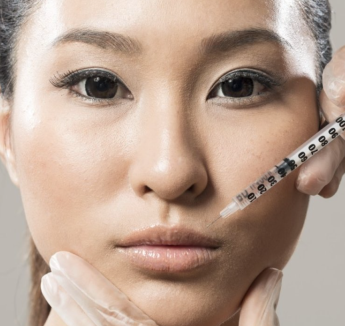 According to the American Society of Plastic Surgeons, botulinum toxin procedures have increased 28 percent since 2010 amongst 20 to 29-year-olds.

I also saw an interesting ad for a new bar on Instagram yesterday and was dumb struck by the furnishings. No lie, the plaid chairs looked exactly like one we dragged to the dumpster after our daughter graduated from college.  I thought about some of the other bars I’ve seen that cater to millennials and to be honest, many of them actually do look like frat house living rooms and patios complete with giant Jenga, Connect the Dots and Nintendo stations. I guess there are plenty of 30 year olds who want to FEEL like they’re 19 again? 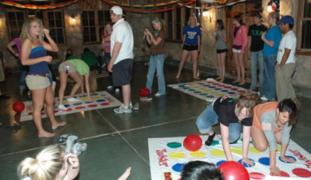 Our parents REALLY wanted us to be adults too.

Shortly after our wedding, on our move to California from Maryland, my husband and I rolled our car off a snowy highway on the Kansas/Missouri border. I remember calling my dad in tears asking if he could help us in “$ome way..”..

The answer was firm “no.”

I can still feel myself walking out of that phone booth in a disbelieving, dizzying daze realizing we were truly on our own. It was a terrifying, clarifying experience to say the least; a painful kick in the ass that launched me straight into adulthood. We were going to have to use our own heads, and our own money, to solve our own problem..and that’s exactly what we did.

A new survey from TD Ameritrade says that 50% of “young Millennials” plan to move back home with their parents after college.

I’m not here to bash anyone.. but (in typical millennial mom fashion) I am deeply worried about this most helmeted, buckled, padded, inoculated, coached, awarded, subsidized, protected, praised, prized and deeply loved generation.

Since 2014, millennials (or people who turned 23 to 38 in 2019) have seen a 47% increase in major-depression diagnoses. “Deaths of despair,” or dying from suicide, alcohol, and drugs, increased in the millennial population in the last 10 years, and they are more likely to report feeling lonely than other generations.

I’m worried about the ‘life equivalent’ of a low sex drive in many millennials.. the complete loss of urgency or interest in embracing adulthood with all of its attendant responsibilities.

Adult responsibilities, like mortgages, spouses and children, while seemingly scary are also what drives us to get up and show up when we don’t necessarily feel like it.

“According to a recent report out of the Urban Institute, an unparalleled number of millennials will remain unmarried through age 40. They often view marriage as a “capstone” rather than “cornerstone” of one’s adult life.”

Responsibilities and accountability are the critical building blocks of self-esteem, relevancy, satisfaction and a sense of purpose.  In shirking grown-up responsibilities, millennials are essentially robbing themselves of the opportunity to climb and conquer their own mountains.. to build their inner core.. to strengthen their “sea legs” and to mature into less self-centered adults who, in putting others’ needs ahead of their own, feel connected to “something greater” than themselves.

The kindest thing my dad ever did for me was to tell me he couldn’t (or wouldn’t) help us in our moment of extreme need.

But in that most terrible moment when he cut me off, he actually set me free.

Thanks so much for popping by for a visit! My name is Cindy and in a nutshell- this is my story:

I was born and raised in (what was then) West Germany and moved to the US with my family when I was 16. I met my husband shortly thereafter while he was a midshipman at the Naval Academy. We married after graduation and for the next 35 years both the Navy and then business had us moving and living all over the United States. We are now finally settled in sunny Florida in a little yellow house with a cozy front porch getting ready to celebrate our 37th anniversary this year.

We have 4 wonderful, grown kids, a fantastic daughter and son-in-law and two awesome boyfriends..(not me, my girls do.😉)

Everyone lives too far away for us to actively butt into their business so we decided to get a dog a few years ago and control her furry, little life instead..so it’s just the three of us Musketeers down here ‘livin’ the dream’ as they say.

Anyway, I hope this site is a comfortable corner in a crazy world; a place where you can quiet your soul, nourish your heart, maybe LOL and hopefully find a “thought nugget” that resonates with, and lifts, your spirit.  My goal at this point in my life is to be a force for good in a world that unfortunately seems to be addicted to chaos and strife.

I posted Philippians 4:8 at the top of this site not just because it’s a lovely verse, but as a mission statement reminding me to strive to align my posts with the overriding principle that what spills forth onto those we meet is what we have inside.

So make yourself at home, meander around (maybe grab a recipe for dinner tonight?)..and don’t be shy! Share what’s on your mind or just say “hi” in the comment section found under each post..I’d love to hear from you!

There isn’t a day that goes by that I’m not grateful for Daisy, our little Havanese. This funny, sweet, 8 pound ball of joy has brought so much happiness into our “empty nest.”  I figured she deserved a special introduction! 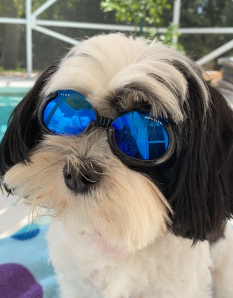