Some books require a pen to read them.  They are so chock full of good stuff that you simply must underline and scribble notes in the margins.  The Obstacle is the Way, by Ryan Holiday, is one of these books.

While many would classify Ryan’s work as a study on leadership, to me this book is advice about life that is applicable in all circumstances. One of the things I valued most about this work were the stories of how famous individuals handled difficulties in their lives; people we recognize like John McCain, Barak Obama, Amelia Earhart and Abraham Lincoln.  Ryan brought each of his philosophical lessons to life by providing examples of how these historical figures embraced and applied the principles he describes.

Without giving the whole book away, I would love to share some of its take-aways- starting with one of the most vivid stories; that of a Navy fighter pilot named James Stockdale. 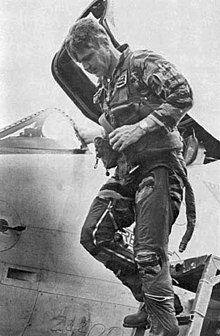 Commander Stockdale was shot down over North Vietnam in 1965.  He describes ejecting from his plane and the thoughts that ran through his mind as he floated down to meet his fate behind enemy lines.  While still in the air, he considered the torture and death that likely awaited him. He knew he was helpless to change this part of the unfolding situation, but he said he also realized that he was about to become the highest ranking American prisoner the North Vietnamese had in captivity.  He describes the commitment he made in that moment to do everything in his power to provide support, direction and leadership to his fellow POWs- and that’s exactly what he did over the next 7 years.

“Sometimes there are no answers, only choices.” – Solaris

The point of this story was to capture the thinking process that divides life into that which we can control and that which we cannot. It also illustrates that even in the most extreme conditions, we are usually always able to control our reaction to our circumstance. Stockdale certainly couldn’t change the fact that he was about to be subjugated to years of abuse- and he knew that- but he was able to craft a new mission for himself before his feet ever touched the earth; to offer leadership and comfort to his men. No matter what he was going to endure, he knew that how he handled his fate could inspire and encourage others in the same predicament.

I have thought about this story ever since I read it and marveled at Stockdale’s ability to think this clearly, this philosophically, this objectively and this calmly under what can only be described as excruciating pressure.  What a beautiful example of the ability to harness your emotions, accept your fate, identify a new purpose and continue to serve others.

I highly recommend ‘The Obstacle is the Way’-  especially as a graduation gift.