“What we got here is a failure to communicate”

Remember that famous line from the movie Cool Hand Luke?

I actually googled the quote and up popped this picture..

Oh my! I forgot how much I loved Paul Newman..he was my generation’s Brad Pitt..a great actor and a serious stud muffin..don’t you think? But I digress…

Back to the topic of failing to communicate.

Recently my hairdresser gave me the EXACT cut I did NOT want.  I was trying to grow out my layers.  I told her that and described in great detail how I just wanted a trim across the bottom.  Sure enough, a short time later, I’m walking out of the salon with shorter hair and shorter layers. “How did that happen?” I wondered “Did she not hear me?” Or did she feel she knew better, as in “I understand what you want, but my idea is better than yours so I’ll just do it…”

We have a landscaper who comes to the house about three times a year to do a major cutting.  He brings his army of helpers and 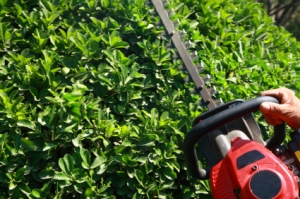 their deafening, fume- spewing, super sharp and scary tools. When he arrived yesterday  morning,  I told him what needed trimming and which plants NOT to touch.

I came home about an hour after his crew had finished to find that almost every single living thing had been flat topped, hacked back, and chopped up, including of course the ones I pointed out should NOT be cut.

Again I ask, what happened?..did he not hear me or was it another case of “I understand what you want, but my idea is better than yours so I’ll just go ahead and do it.” 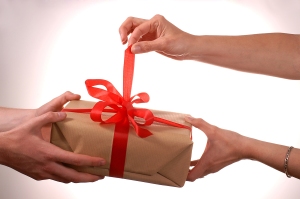 I don’t get it, but then again, maybe we’re all guilty of thinking we “know better” at times.  My husband wanted a leather tool belt for his birthday last week, so I promptly went out and got him a real cool, lightweight model made of plastic and fabric.  I just figured a lighter belt would be easier to wear while working. He said he loved it, but who knows? I definitely heard him when he asked for the leather belt, I clearly understood what he said, heck he even sent me a picture of the exact one he wanted..but I guess I felt that I knew better… about tool belts of all things!

So see, as much as I hate it when people pull an ” I know better” on me, I obviously do it too. My scalped bushes will be an annoying reminder to really listen to, and respect, other people’s wishes and requests..even if I think my ideas are better.